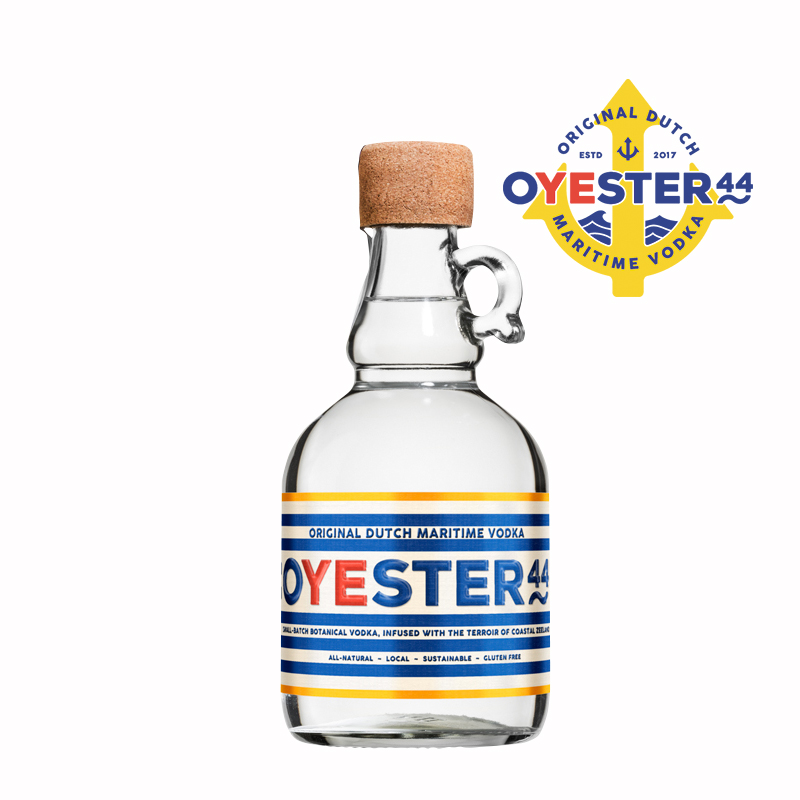 Who wants the boring, the bland, the predictable? One of those typical vodkas that have been distilled and filtered so many times that any trace of taste has been lost?

This is a vodka for people who appreciate all-natural ingredients, craftsmanship and, above anything else, provenance. Or, in other words, how the ‘terroir’ of a region defines the taste of its food and drink.
Especially, in this case, the ocean.

Created in Zeeland, the Netherland’s westernmost and least populous province – of which over 1,000 sq. km is seawater – OYESTER44 wholeheartedly embraces and celebrates its terroir.
The ‘YE’ in OYESTER44 stands for the small village of Yerseke in Zeeland – where the local fishing boats carry these letters for identification.
The world-famous Imperial oysters used in its production have been cultivated off Yerseke’s shores since 1906.