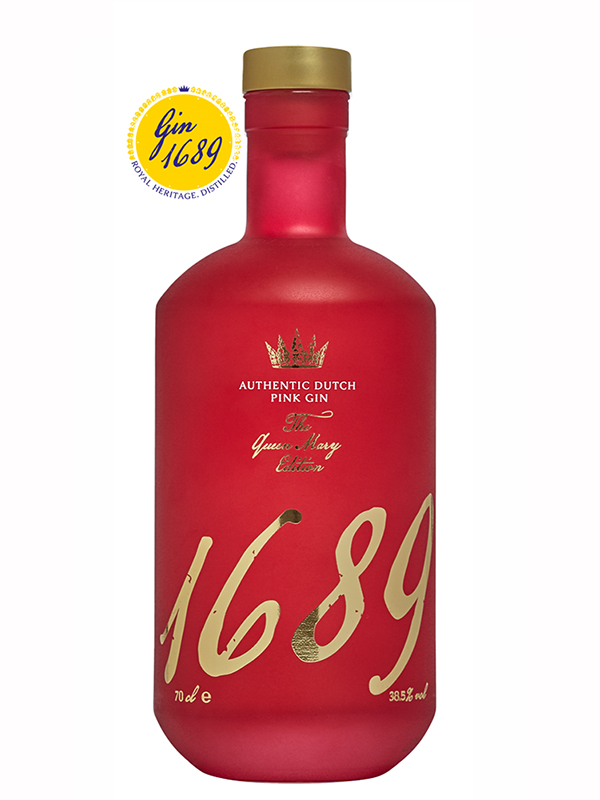 In 1689, the Dutch King William III – better known as William of Orange – was proclaimed King of England, Ireland and Scotland.

More than 3 centuries later, the original Gin recipe XXXIII of ‘The distiller of London’ was found buried deep in a dark corner of the Royal British Library’s rare book section.
The result is Gin 1689 – a gin that fuses English and Dutch culture together, produced by one of Holland’s oldest distillers and based on that same 350 year old recipe.

Gin1689 beautifully combines juniper with dried quince and pippin (apple), lemon and orange peel, nutmeg, aniseed and clove.
The Queen Mary Pink Gin is based on this recipe, only adding strawberry and raspberry, creating a “pink”-like colour and a soft and fruity taste.
The perfect Pink Gin.